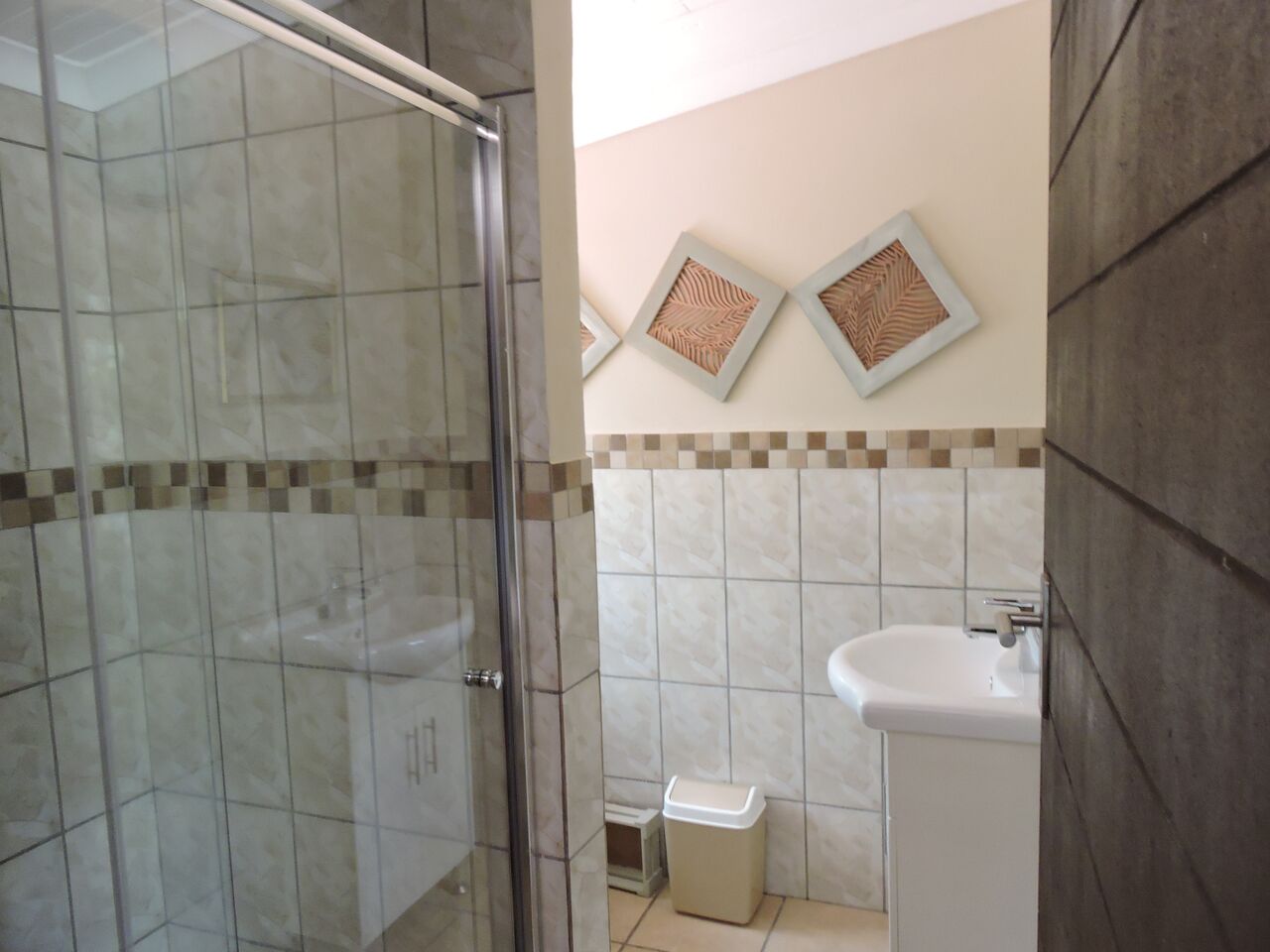 Our Marloth Park Bush House consists of a main house and a Separate cottage with 4 en-suite bedrooms, all of which are Air-Conditioned.

The Bush House is Ideally suited for families & family gatherings and is within walking distance to all amenities being  (Shops, Butchery, Bar/Restaurant & Laundromat)

Marloth Park encourages visitors to walk along the Crocodile River, or mountain bike along a dirt road, as the dangerous game is safely restricted in the Marloth Park ‘Lions Spruit’ Game Reserve, leaving the surrounding Marloth Park bushveld a nature lovers paradise.

For your convenience, most essentials can be bought from Marloth Park’s basic shops – The Trading Post and The Bush Centre. Other basic commodity stores include a petrol station, bakery, hardware store, curio shop and liquor store.

Marloth Park invites you to come enjoy a glass of wine next to the Crocodile River at sunset. Become part of this natural paradise along with the roaring lion, the calls of the hyena, and the grunts of the hippo from the dark riverbed. A Marloth Park safari experience is the epitome of the African bushveld, indescribable and a never to be forgotten experience!

Marloth Park is a wildlife sanctuary situated on the southern boundary of the Kruger National Park. (Approximately 390 kilometers from Pretoria). Marloth has its own wildlife and boasts four of the big five with the exception of elephant, however as the crocodile river forms the boundary between Marloth Park and the Kruger National Park you are likely to spot elephants playing in the river.

Buffalo, rhino and lion are confined to Marloth’s game reserve “Lions Spruit” where as the rest of the game such as Kudu , Zebra , Giraffe , Blue wildebeest , Nyala , Impala , Warthog and plenty more aren’t restricted by fences and roam freely between the units that are built on 1500 hectares.

With the dangerous game restricted you can take a walk along the river or a mountain bike ride on many a dirt roads and is a birder’s paradise.

Activities that can be arranged: Bush breakfast , Game drives inside Marloth as well as in the Kruger Park (You may do your own), Night Drives in Kruger National Park, Tiger fishing , Quad bikes , Mountain Bikes, Three Restaurants , Micro Light Flights , Elephant Rides , Mozambique Tours , Swazi Tours , horse riding , guided game walks and more.You can even arrange a game of golf inside the Kruger Park at Skukuza.

Lion sightings are also reported from time to time and Elephant often visit the Crocodile River that forms the boundary to the Kruger National Park. A variety of restaurants will cater for the hungry while two shops supply the self catering guests.

In addition to this Marloth Park offers all the basic commodities such as a hardware store, curio shop, liquor store and more.